What We Bought: The New World: Scenes from the Denver Metropolitan Area, 1970-1974 by Robert Adams 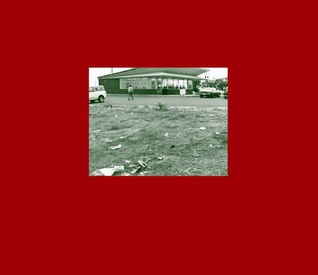 As with all of Robert Adams’s work, What We Bought is striking. Compositionally and aesthetically sound, the photos are also singular, notably in subject matter as well as what I like to call the “Adams Blowout”–the almost excessive brightness that you find in so many of his landscapes (which I used to credit as much to the high altitude light of Colorado as to Adams’s sensibilities, but he’s maintained this along the rainy, shadowy Northwest coast, so it’s safe to fully credit him).

Then there’s the personal connection. As one who grew up in Denver in the decade following Adams’s New West work, I find my connection to these photographs to be almost primordial. The cocktail of nostalgia and déjà vu they produce is visceral, and looking through a book like What We Bought is a meaningful if emotionally draining experience. I am grateful that an artist of Adams’s caliber chose to document my hometown at such a transitional point. These are annals, crucial to Denver’s cultural preservation.

In the introduction, Adams writes that “The pictures record what we purchased, what we paid, and what we could not buy,” and that Denver has been ruined. Yet, it’s been two decades since this was written–four since the photos were taken–and, in the interim, Denver has seen even greater booms (and all for same reasons as those previous: a near universal attraction to “the region’s natural beauty” or quality of life, as we’d label it today). Assuming that Adams’s motivation in taking these photographs was, at least in part, in hopes of sounding an alarm, then did he fail? Or, is it more accurate to ask if we failed? After all, where Adam’s saw destruction and unchecked growth, I mostly just see the sleepy cowtown of my youth.

Presently, though, I find myself in a position akin to Adams’s. The Denver of my early years–one quite similar to what’s found in What We Bought–is all but gone, replaced by a very large and rapidly-growing city. Is this just another case of history’s lessons going unheeded? Is all of this inevitable? Is it actually all that bad? Forty years on, Denver is almost unrecognizable from Adams’s photos, but it’s an even more thriving, diverse city–albeit one that’s more segregated and unaffordable.

I don’t have any clear answers, and I’m not sure Adams does either. But I do believe that spending time looking at and thinking about photos like those found in What We Bought is important, if for no other reason than it gets us asking these types of questions. What the next steps are, I’m unsure. Perhaps, it’s time to reconsider Adams’s critique–maybe we need to accept that these types of changes are more-or-less inevitable outcomes in our socio-economic system and learn to work with what we’ve got. Or, maybe we need to redouble our efforts. One thing is for sure, though: for all of Adams’s gloomy pronouncements, he was always able to find beauty, even in unlikely places. We owe it to ourselves, and Adams, to continue to do the same.